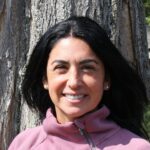 Coach Marisa graduated from Suffern High School as an All County, All State and All American.  She received a scholarship to the University of Delaware where she played all four years. She graduated in 1998 as one of the team’s leading scorers in goals and assists and earned honors as a 2nd Team All American. Her Junior and Senior year at Delaware, the team won the American East Title, and Marisa received the team MVP award in the championship game.  She has spent many summers coaching girls lacrosse camps and clinics. For the last seven years, she has been coaching Orangetown Girls youth lacrosse, which finished up with an undefeated season. Along with coaching, Marisa has been an educator since 1999. She currently is a Middle School Guidance Counselor in Ridgewood, N.J. and resides in Pearl River, NY with her husband and three children.  Coach Marisa is the head coach of the Metro Magic 2025 team.