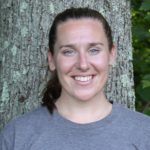 Coach Rehain was a midfielder and attacker for the Suffern Varsity lacrosse team from 2006-2010.  She served as captain her final two seasons as she earned All-County and All-Section accolades.  She also played on the NYS team in the Women’s Division National Tournament and the Hudson Valley team in the Empire State Games in her sophomore and junior year. After high school Coach Rehain went on to be a four year starter in both attack and midfield at Manhattan College where she studied physical education. After Manhattan, Coach Rehain attended Springfield College in pursuit of a Masters Degree in Adapted physical education.  While there, she served as Longmeadow High School assistant varsity coach and helped them gain their Massachusetts state title in 2015. She is currently a special education teacher and has been the Suffern High School JV coach for the past three years.  Coach Rehain is the head coach for the Metro Magic 2023 team.