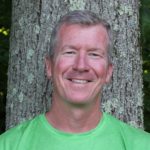 John Callanan comes to Metro with over 25 years of coaching girls’ lacrosse in the tri-state area. As the Suffern High School Girls Lacrosse Coach since 1998, Coach Callanan’s teams have featured over 45 All-Americans, and have earned several US Lacrosse “Top-25 National Rankings”. Coach Callanan’s club coaching experience began in 2002 when he created the Hudson Valley Hurricane Girls Lacrosse Club. Other coaching assignments that Callanan has taken on have been the Hudson Valley Regional Coach/Director of the US Lacrosse National Tournament(1999-Present), Hudson Valley Regional Coach/Director of the Empire State Games(2001-2008), and Founder/Director of the Suffern Girls Youth Lacrosse Club(1999-Present). Along with coaching, Mr. Callanan has been teaching history at Suffern High School since 1996, and has served as an Adjunct Instructor for Syracuse University’s Maxwell School of Public Policy since 2011. Mr. Callanan graduated from Le Moyne College, and he earned Masters Degree in Education from The City College of New York. While at Le Moyne, Coach Callanan played four years as a Defensive Midfielder for the Dolphins(’91-’94). Coach Callanan and his wife, Mary Lynn Collins-Callanan, reside in Tarrytown, N.Y. with their four children Daniel, Mary Kate, Johnny, and Rosie.  John is the assistant coach of the Metro Magic 2027 and 2028/29 teams.