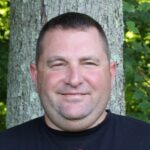 Coach Borchers brings 20 years of coaching experience to Metro.  He graduated in 2001 from Cortland with a Physical Education degree and received a masters degree in Special Education from CCNY in 2004.  The Fall of 2019 will mark his 18th year employed by the NRCSD as a physical education teacher. Coach Borchers is currently the Head Coach of North Rockland Girls Varsity.  He has held that position since 2006 and has accumulated over 200 wins. While serving as Head Coach, the team has won 8 League Titles, 5 Section 1 Class A titles (2012, 2016, 2017, 2018, 2019), and reached the NYS final 4 in 2016, 2017 & 2018.  Coach Borchers has had the honor of coaching 13 U.S. Lacrosse High School All Americans, over 85 athletes who were named to the All Section Team, 115 players to the All League Teams and has coached the Rockland County player of the year 8 times.  Over 60 student athletes have participated in college from the NR program at the D1, D2, D3 level. Coach Borchers has also coached the Hudson Valley Empire State Team, the Hudson Valley Hurricanes and the Hudson Valley WDNT for the past 10 Seasons.  Coach Borchers is the director of Player Development for Metro’s youth teams and the assistant coach for the Metro Magic 2028/29 team.