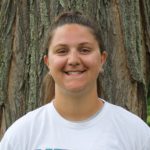 A former Metro player, Coach Mottola brings three years of coaching at the youth level to Metro.  She graduated from Fair Lawn High School in 2018. She was a four-year varsity starter as a goalie and earned multiple First Team All-League honors, as well as being named “The Best Girls Lacrosse Goalie in the American Conference”.  She became the first lacrosse goalie in Fair Lawn High School history to surpass the 500 career save mark and finished her 4 years with a total 529 saves. Coach Mottola is a rising sophomore at Quinnipiac University, and will be graduating in 2024 with a Masters of Occupational Therapy degree with the hope of pursuing a post-graduate doctoral degree.  She is finding the best of both worlds at Quinnipiac and playing club lacrosse for the university! Coach Mottola is the goalie coach for Metro’s youth teams.