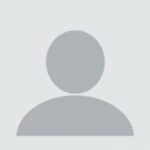 Coach Mello is beginning his second season as the Assistant Coach and Defensive Coordinator/Goalie Coach for the Division 2 Post University Men’s Lacrosse team. Previously, he was the Head Men’s Lacrosse Coach at the Division 3 College of Mount Saint Vincent from 2019-2021. He helped the Dolphin’s start the 2019 season off 3-0 before COVID shut down the season.

Coach Mello attended Saint Thomas Aquinas College in Sparkhill, NY, where he was a 4 year starter and captain.  He was named East Coast Conference Goaltender of the Year in both his junior and senior seasons. He was also named to the United States Intercollegiate Lacrosse Association’s Second-Team All American and Academic All-American in his senior season. He graduated with a Bachelor of Science in Sports Management with a concentration in Coaching in 2019.  Coach Mello is the goalie coach for Metro’s high school teams.