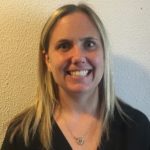 Lisa Savage Negvesky is a former Metro player, and member of the Lakeland/Panas Varsity lacrosse team where she was a four year All-Section and All-League player, and was named All-American as a senior. She was also a recipient of the Con Edison Scholar-Athlete Award her junior year. Lisa continued her career at Rutgers University, where she was a 2 time co-captain of the Scarlet Knights lacrosse team. In 2005 she was inducted to the National College Athlete Honor Society. Savage was also a two time recipient of the IWLCA Division I Academic Honor Roll and was also named a BIG EAST Academic All-Star for three straight years. Lisa was a graduate assistant for the Scarlet Knights in 2006 due to a concussion that ended her playing career. She graduated from Rutgers University in 2005 with a BS in Psychology. She graduated from Rutgers Graduate School of Education in 2006 with a Masters in Special Education and Elementary Education. Lisa received her BCBA (Board Certified Behavior Analyst) in 2011 and is currently Supervisor of Early Intervention Services for Early Start Academy, which provides services for children with Autism. She resides in Somerset, NJ with husband Mike, and two children Brayden and Mackenzie.  Lisa is the head coach of the Metro Magic 2022 team.