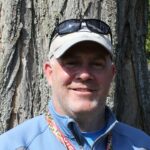 Al Staker, a Long Island native, graduated from Rocky Point High School where he was a three sport athlete and lacrosse and soccer standout.  Highly recruited out of high school, Coach Staker went on to play four years of lacrosse at the University of Maryland, appearing in the NCAA Final Four.  Coach Staker teaches in the Pearl River School District where he started the boys lacrosse program and remained at the helm of the Varsity boys team for ten years.  During his tenure, Coach Staker was named Coach of the Year and led his young team to a winning record. Coach Staker and his wife Eileen reside in South Orangetown with their three children.  Coach Staker assists with the Metro 2023 team.